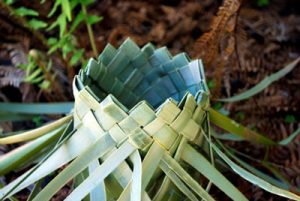 Our role is like that of a weaver or quilter – threading and interworking a strong lattice of partnership and connection alongside and between Government agencies, local council Boards, iwi, community groups, tertiary education, businesses and schools – building a stronger present and future, together.

1974
On 19th October 1974 a community seminar was held, whereby the recommendation was made that a Council of social service agencies be formed. North Shore Community & Social Service Council (NSCSSC) was then incorporated in 1975 under the umbrella of the NZ Council of Social Services (NZCOSS) which was also established the same year. Membership to NSCSSC was $2 per organisation. In the first year 26 organisations joined the Council.

There were about 80 community and social service organisations working on the North Shore in the mid 1970’s. Most were charitable organisations or services provided by local churches. The NSCSSC liaison officers were responsible for attending all local authority council meetings, building awareness and understanding of the work of NSCSSC and offering support whenever and wherever it was requested. Letters were sent to the town clerks informing them of this move. A second priority was to create a Community Resources Directory for the North Shore.

1995
At the 20th anniversary of NSCCS in 1995 the North Shore was going through a tremendous surge of growth and building activity. The North Shore Hospital, Shore City shopping centre and the YMCA in Akoranga Drive were all built during this period. Housing was also booming to keep pace with the growth in population. The result was a suburban sprawl with little cohesion. Life was rapidly becoming more fragmented – hence the need for the development of an organisation like NSCSS to coordinate a community that was rapidly becoming more diverse.

2014
The NSCCS AGM, held in August 2014, was the 40th celebration meeting for NSCCS. Having been around for 40 years was an achievement worth celebrating. A proposed new name, to make the name more relevant to current work at the time, was voted on and passed at the AGM, along with changes to the constitution. The new name became Auckland North Community & Development (ANCAD). This name was formalised on the 1st September 2014.

Present day
ANCAD continues its work supporting and strengthening community in the Auckland North region, across Tāmaki Makaurau and more recently, up and down Aotearoa New Zealand. The future is brighter together.

We strengthen relationships, partnerships and inclusivity with all sectors of the community.

We respond to emerging trends and current community needs. We support capacity and capability initiatives for a connected, resilient and safe community.

We educate by providing information, training, and resources.

Why we do it

Our passion and purpose is to be a part of the process of strengthening community through education, engagement and enablement. We envisage strong, vibrant communities who become resilient and safe and connected.

We continue the mahi of those who have gone before and seek to build relationships and meaningful and enduring connections (whakawhanaungatanga) and to work collaboratively (mahi tahi) and with servant leadership (te ārahitanga) in all that we do.

How we do it

Our next 3-year strategy includes how ANCAD will build, grow and strengthen a variety of community development opportunities and initiatives. 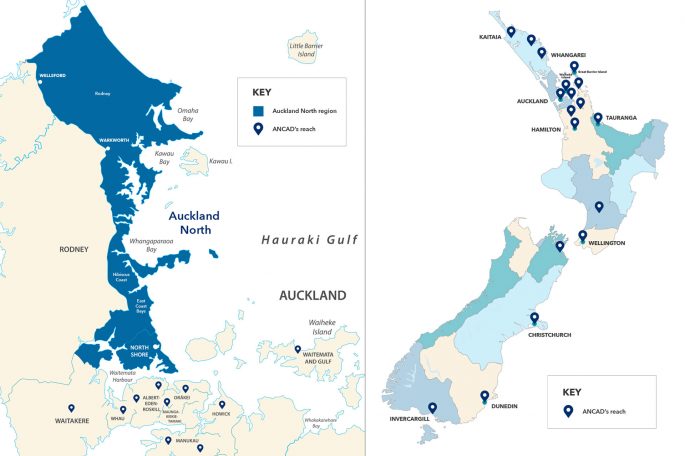 ANCAD’s programmes, services and networks reach across the local Auckland North region and also connect and engage with groups and organisations across Tāmaki Makaurau and throughout Aotearoa New Zealand.

A story of a resilient, safe, connected community. A little like the work of ANCAD, the analogy of the harakeke flax bush community also showcases how a different type of community works together in an inter-dependent and collaborative way, to the benefit of all. 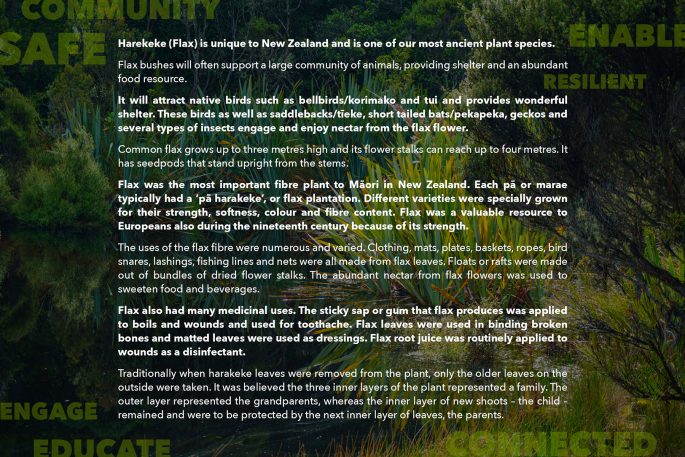